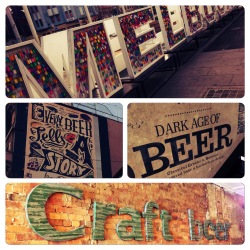 I took the opportunity back in September to go on a Craft Beerscapade to Melbourne for 5 days, as those that breeze over Craft Beerscapade on Facebook and Instagram would know. The main mission was to venture to a few of the more notable Craft Beer Bars and Breweries in Melbourne, which were either a short stroll or tram ride away.

I had plans on where I wanted to go, but nothing set in concrete regarding how or when I was going where! It’d been many, many years since I’d been to Melbourne and never actually stayed in the city itself. We had flown into Melbourne on Wednesday afternoon then taxied it to a motel, across the creek from Crown Casino, for what would be home base for the next 4 nights.